How Do I Know If Someone In My Group Is Ready To Lead?

One of the most exciting moments in leading a Small Group is seeing a glimmer in a group member’s eye: they really love the prayer time, or asking deep questions, or bringing food. They have that spark of interest that you want to fan into a flame.

Although it can be scary to think about “losing” a really great group member, we’re called to encourage one another to maximize using our spiritual gifts (see Heb. 10:24-25). And one of the best days in a Small Group is that bittersweet day when a member is released to start leading a group on their own.

Here are five clues that will help you know if someone in your group is ready to lead:

Clue 1: They Are Energized

If you have someone in your group that shows passion for Small Group, they probably energize others too. They ask helpful questions during discussion, they invite members over to their house, and they are eager to share prayer updates. This energy is part of what makes a good leader.

Clue 2: They Are Involved

Who shows up to group consistently? They may not have a flashy personality or a decades-long walk with Jesus, but their faithfulness to the group is a demonstration that they are all in.

If they engage in all aspects of group—conversation over the meal, sharing during prayer times, giving their honest perspective in discussions—then their engagement is the first marker that they really believe in the Small Group experience and are committed to community.

Clue 3: They Have Character

Competency never trumps character. When it comes to leading others in discipleship: character is number one.

Do they show the fruit of the Spirit in their interactions with others (Gal. 5:22-23)? Are they humble and quick to point to God instead of themselves? Are they courageous enough to ask people hard questions or invite important discussions among the group? This is the character of a leader.

Small Groups are a small outpost of our larger church. Does this person show that they align with the church in what we believe and where we’re headed on mission together? Are they members? Do they show respect and trust and gratitude for our elders and leaders? Are they willing to voice any concerns to the appropriate party instead of gossiping or complaining? Leaders are ambassadors of the church.

Probably the most important marker of whether someone is ready to lead is whether or not they want to lead others!

Most Small Group Leaders I have interviewed aren’t launching a group because they think that they have incredible leadership skills; they just love people and really want to be the one who helps create community for them. They’ve tasted the beauty of redemptive relationships among messy people, and they are eager to help make that happen with others.

The Art of Letting Go

Like the parent who drives their daughter to college, there will come a time when your efforts at discipling men and women will mean releasing them to independent leadership and serving opportunities.

1. Don’t be afraid to have these conversations early: “Bill, have you ever thought of becoming a Small Group Leader someday?”
2. Start asking people to “Apprentice” in various areas of Small Group life
3. When someone is ripe for leadership, encourage them to pray about it and contact the Small Group team for leader training. They can take the training without committing to the role.

As ministry leaders, the future is bittersweet but it’s ours to embrace because the Kingdom is God’s and not our own. And the more we can point our group members to maximize their gifts, the more everyone in our group will “get it” when that time comes to branch the group into two groups or launch a leader to start a new group elsewhere. 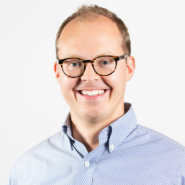 Bob first joined staff at College Park as a Pastoral Resident in 2011 and has served in several important roles since that time. In 2018, Bob became the Assistant Pastor of Small Groups & Membership. In this role, Bob gives leadership and direction to the Small Group ministry by recruiting, training, and supporting Small Group Leaders and Coaches, as well as overseeing the membership process and covenant member care.

Bob is passionate about seeing men and women enter into community with others to find hope together. He enjoys spending time with his wife, family, and friends.